How Rutgers University left its Jewish community in danger

The Rutgers University-New Brunswick administration has refused to respond to Jewish students’ concerns about the recent rise in antisemitic incidents, as well as multiple requests from the Dark Wire for comment.

Rutgers University’s Jewish population is the largest of any college in the country, with an estimated 6,000 Jewish-identifying undergraduate students, according to Rutgers Hillel, a Jewish organization on campus.

Despite initially condemning a recent rise in antisemitism, the Rutgers University administration backtracked under pressure from the campus’s Students for Justice in Palestine (SJP) chapter late last month.

On May 26, Rutgers University-New Brunswick Chancellor Christopher Molloy and Provost Francine Conway published a statement condemning “the sharp rise in hostile sentiments and antisemitic violence in the United States,” as well as “all forms of bigotry, prejudice, discrimination, xenophobia, and oppression, in whatever ways they may be expressed.”

Hours after, the Rutgers SJP chapter issued a letter directed toward the Chancellor and Provost demanding that they apologize for “dismissing the voices and visibility of Palestinians and allies.”

Then, on May 28, Chancellor Molloy and Provost Conway posted “An Apology,” stating that “intent and impact are two different things, and while the intent of our message was to affirm that Rutgers–New Brunswick is a place where all identities can feel validated and supported, the impact of the message fell short of that intention.”

“What SJP and the Chancellor have said, in effect, is that NO condemnation of hatred against Jews, of attacks on Jews, of threats against Jews, is legitimate in and of itself,” Rutgers Hillel, the largest Hillel in the country, wrote in a statement.

The statement continued: “Such bizarre moral logic is twisted, wrong, and must be condemned…. The still relatively new Rutgers Administration… has demonstrated a pattern: when it comes to recognizing prejudice and bias, Jews don’t count. The University seems unable to recognize that Jews are a vulnerable minority and that anti-Jewish prejudice is real,… painful and bewildering to every member of the Rutgers Jewish community.”

Both statements from the administrators have now been deleted from the University’s official website and replaced by a short message from Rutgers University President Jonathan Holloway.

“Rutgers deplores hatred and bigotry in all forms,” the statement reads. “We have not, nor would we ever, apologize for standing against antisemitism. Neither hatred nor bigotry has a place at Rutgers, nor should they have a place anywhere in the world. At Rutgers we believe that antisemitism, anti-Hinduism, Islamophobia and all forms of racism, intolerance and xenophobia are unacceptable wherever and whenever they occur.”

Rutgers SJP responded yet again to the University’s administration by publishing a petition repeating their original demands. The petition currently has 57 signatures.

Rabbi Yosef Carlebach, the executive director of Rutgers University’s Chabad House, another Jewish organization on campus, told the New York Post that “university officials had ‘made a big mistake’ with the scope of their statements,” and that they should have been focusing on “trying to address recent incidents of antisemitism on and around campus — including physical attacks on people who outwardly appear Jewish and the egging of a [Jewish] fraternity house during a Holocaust remembrance event last month.”

Anti-Defamation League (ADL) New York/New Jersey Regional Director Scott Richman told Jewish Journal that “Conflating Jewish people or institutions with the crisis in the Middle East is a dangerous and harmful mistake that hurts more than just Jews and is deeply antisemitic.”

Liora Rez, director of StopAntisemitism.org, is calling “on all Jewish alumni to immediately cease donations and high school seniors to remove this school from their prospectus lists.”

“Condemning antisemitism and expressing a commitment to support Jewish students on campus is not anti-Palestinian and to portray it as such is vile,” stated Roz Rothstein, StandWithUs co-founder and CEO to Jewish Journal.

The original statement from Chancellor Molloy and Provost Conway came in response to the recent uptick in antisemitism in the U.S. and abroad, as Hamas fired over 4,000 rockets into Israel.

Elisabeth Bloom, a student in Rutgers University’s Class of 2023, said that she is “disheartened” to see the Rutgers administration response.

“I have been verbally harassed in several academic groupchats for simply stating that I am a Jew and that I’m uncomfortable with seeing anti-Israel rhetoric … in these academic spaces,” Bloom said. “Jewish students deserve to feel protected and safe… and Rutgers has a duty to uphold that. Speaking out about antisemitism and denouncing it should never be apologized for, and I urge my fellow Jewish students to join me in fighting back against antisemitism on and off campus.”

Jewish on Campus, an Instagram account dedicated to exposing antisemitic incidents on college campuses through anonymous submissions from college students, also made a statement intended for the Rutgers administration.

The Instagram page has published six submissions from students at Rutgers since July 2020. They include experiences in Greek Life, blaming Israel for antisemitism, being chased while visibly Jewish, a professor saying that Jews no longer face discrimination, another professor implying that Jews have done nothing for the world, and the vandalism of a Jewish fraternity house on Yom HaShoah.

According to ADL data, antisemitic attacks are up 75% nationally since the middle of May. In the U.K., the Community Service Trust, an organization that helps to protect Jews, reported a 500% increase in antisemitic incidents, according to the Independent.

“The last few weeks have been exhausting and terrifying for Jews everywhere,” stated Rutgers University Hillel. “We have seen an eruption of violent antisemitism unparalleled in the last 75 years… identifiably Jewish students [at Rutgers-New Brunswick] have been verbally assaulted; some report having their car tires slashed…. [the] torrent of hatred spewing from social media” constitutes a “social media pogrom.”

“The lack of support from the media, political leaders, celebrity influencers, and our university has compounded our sense of isolation.” 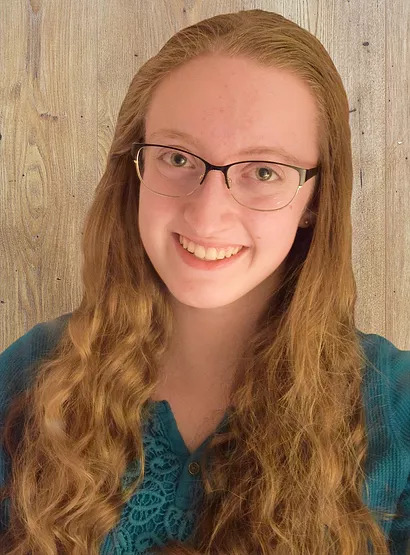